skip to main | skip to sidebar

Posted by Hh
In order to describe to you Brian Hart, and explain why he's a candidate worthy of the award, I need to first tell you about two other people: Henry Callahan, an Oregon player; and Kevin Crowley, a Wisconsin player.

If you belong to the tiny subset of humans that play competitive Ultimate you've heard of the former and if you belong to a small subset of that subset, players from Wisconsin, you've heard of the latter. There's a reason for that, and for all the on-field heroics both were, in their time, famous for, you'd be hard-pressed to find mention of some specific play. Talk to people who knew them, and you're a dozen stories deep before some play either made on the field comes up. They're known now as ambassadors, as people, and are remembered not for their plays but for the way they carried themselves and they way they treated others. These are people now remembered by those who never met them, because the ripples of effect they had on so many created a wake of influence behind them.

This year the Hodag program is inaugurating the Kevin Crowley Spirit Award, our in-house version of the Callahan, to be voted on by the outbound seniors to give to a returner; the one who carries the fire of the team within them, who can not only make plays but lead others to elevate along with him; it's the person you entrust with the future of the program. This being Hart's last year, it comes too late. And, "the Callahan trophy is presented to the man and woman who combine superior athleticism with outstanding sportsmanship, leadership and dedication to the sport of ultimate. In the eyes of his or her peers, the Callahan winner is the personification of the ideal ultimate player." Both awards ask their recipients to live up to incredibly lofty standards, and in order for them to mean anything, to act as a relic for the people they're named after, we must uphold those standards as voters.

That's why I want to tell you about Hart, who's so unassuming that you might walk by him tomorrow on your way to work or class and not even know, not have any idea how he lives his life.

But I want you to know, because it's worth telling, and for our program (and yours), worth emulating. Hart missed his first year with the Hodags because he accidentally showed up to the C-team's practice and didn't know any different until it was too late. He was about to get cut from the club team the following summer because he tried out as a handler. My fellow captain Seth and I threw him downfield on a whim and couldn't get him to stop scoring goals. In those years, he was a kid with staggering promise who had no idea how good he was, nor how good he was gonna be. It's only been three years since and the same holds true, only now at the level of the very acme of talent in our sport. In a time when we're bombarded with messages telling us to take credit and get ours and suckle beams of spotlight for attention, you would never know how good he is by the way he carries himself.

I guess that's because aside from incredible talent and panther instincts, he also has humility, which day in and day out seems to be the most difficult thing to cultivate and nourish in ourselves. And he's that rare person who figured out how to interweave humility and leadership into the same concept. Hart has been an exemplary teammate and friend to all the Hodags in his time here, leading by words and example. There are plays his teammates make that can be attributed to 9 months of being challenged by Hart in practice, always encouraging his match-up, and always winning it.

And there's another rare gift he shares with Crowley and Callahan, simple but elusive to so many: consistency. If you know Hart you know Hart. He's as respectful to people on the field as he is off of it, calls games the same from beginning to end, will give you props for making a play on him when you best him, and retain your respect the overwhelming majority of the times that you don't.

I love Hart and I'm thankful we had the opportunity to work together like this. He's a brother that I've adopted with a spirit I hope my son will have. When I think of Henry and Kevin and the legacy they left for us, which we nurture and grow every year by awarding an honor in their name, no more fitting a person than Hart comes to mind. It's not so much that his skies and layouts and hammers and catch Ds will fade with time, only that the shine of contributions to us as people will blind us to them. 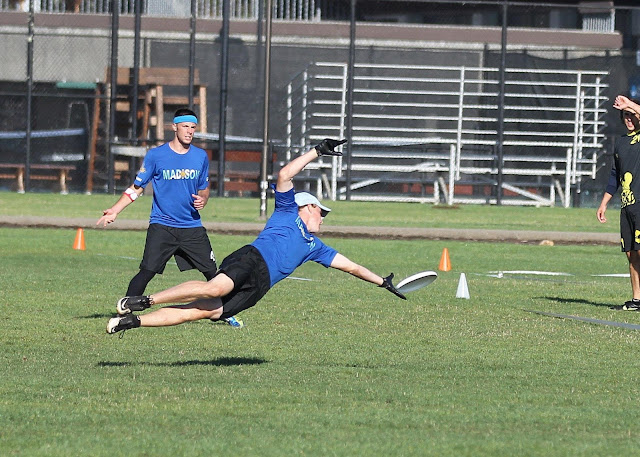